A series of multilingual maps of the terrestrial planets and their satellites is a project of the International Commission on Planetary Cartography, organized in 1999 by the International Cartographic Conference in Canada. MIIGAiK Planetary Cartography Laboratory  and Technical University of Dresden compiled and published maps of Venus, the Moon, Mercury, Mars and its moons Phobos and Deimos. As the first group of languages have been selected English, German, French, Spanish and Russian. The names on these maps are using the Latin alphabet, but additional information is available in five languages. Additional information includes information about the celestial body, the basic research programs of its space capabilities, as well as terms for landforms. 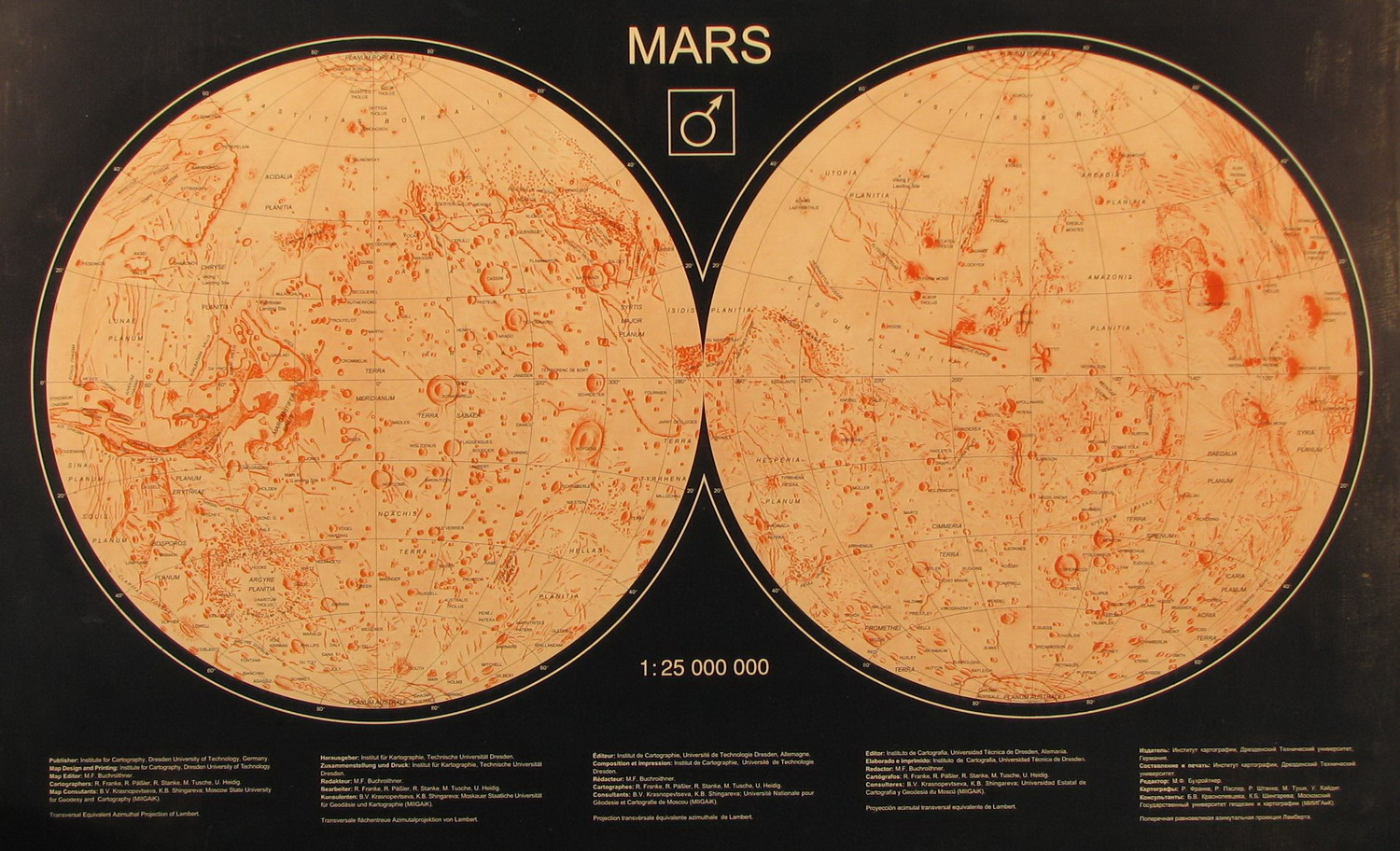 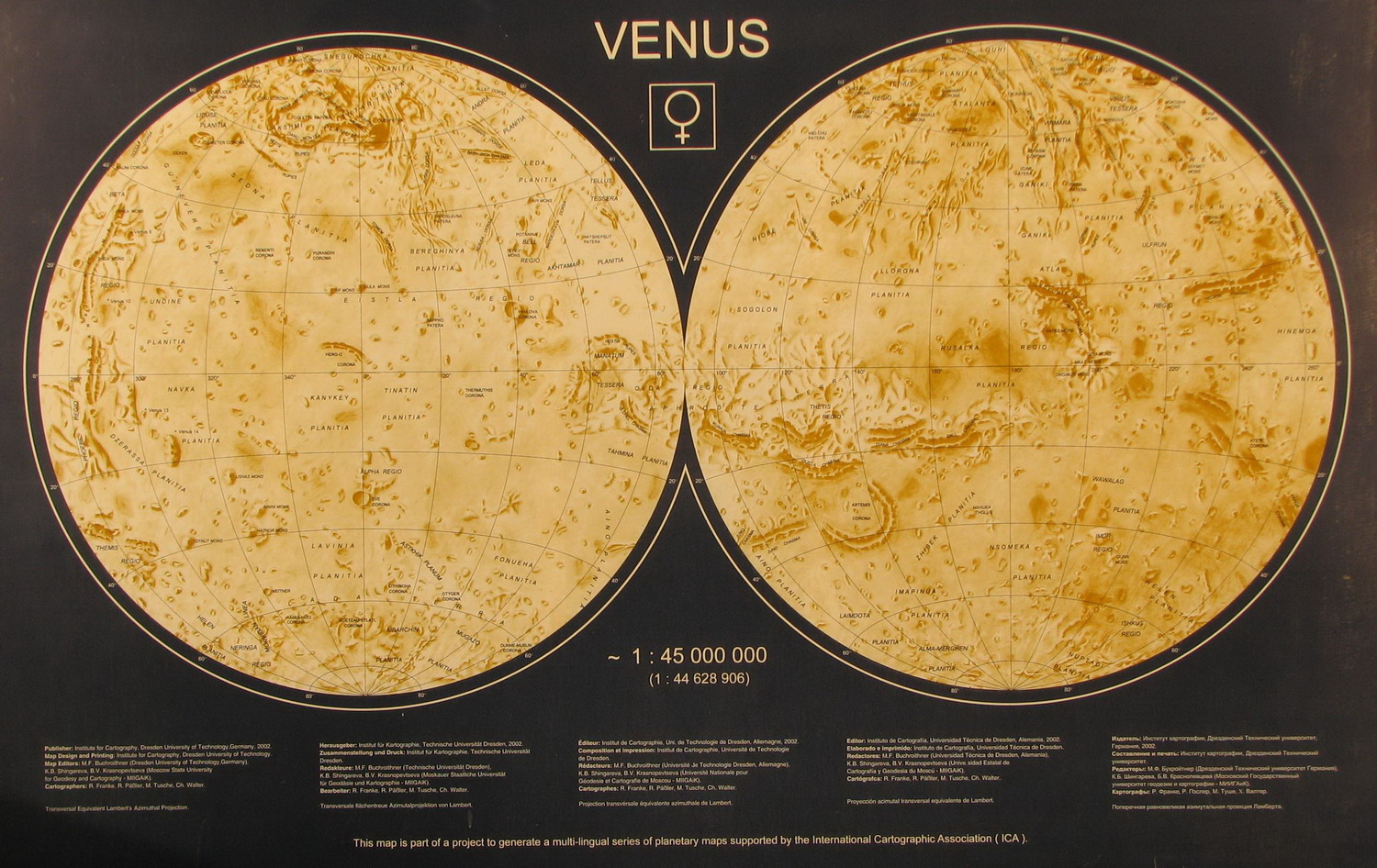 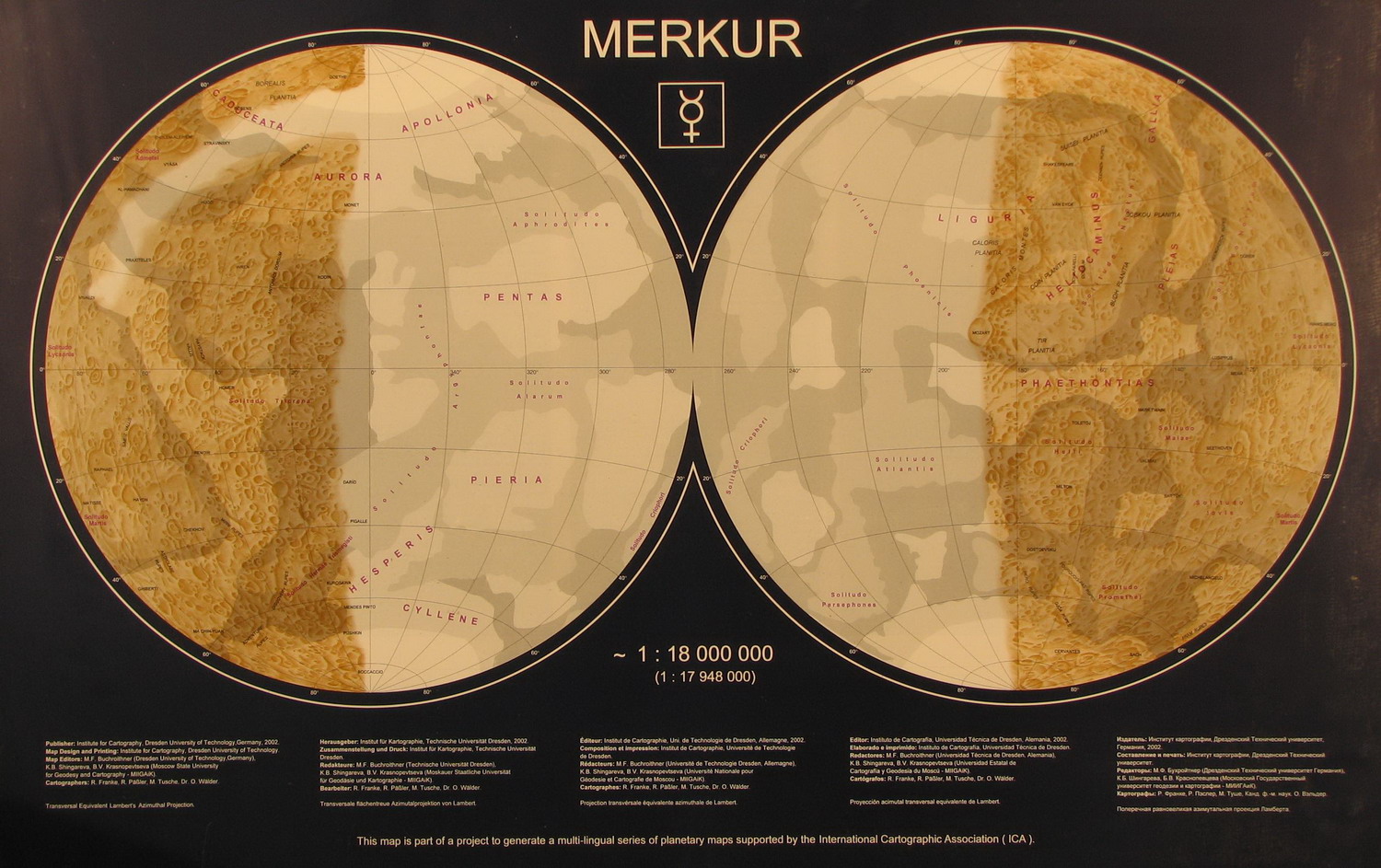 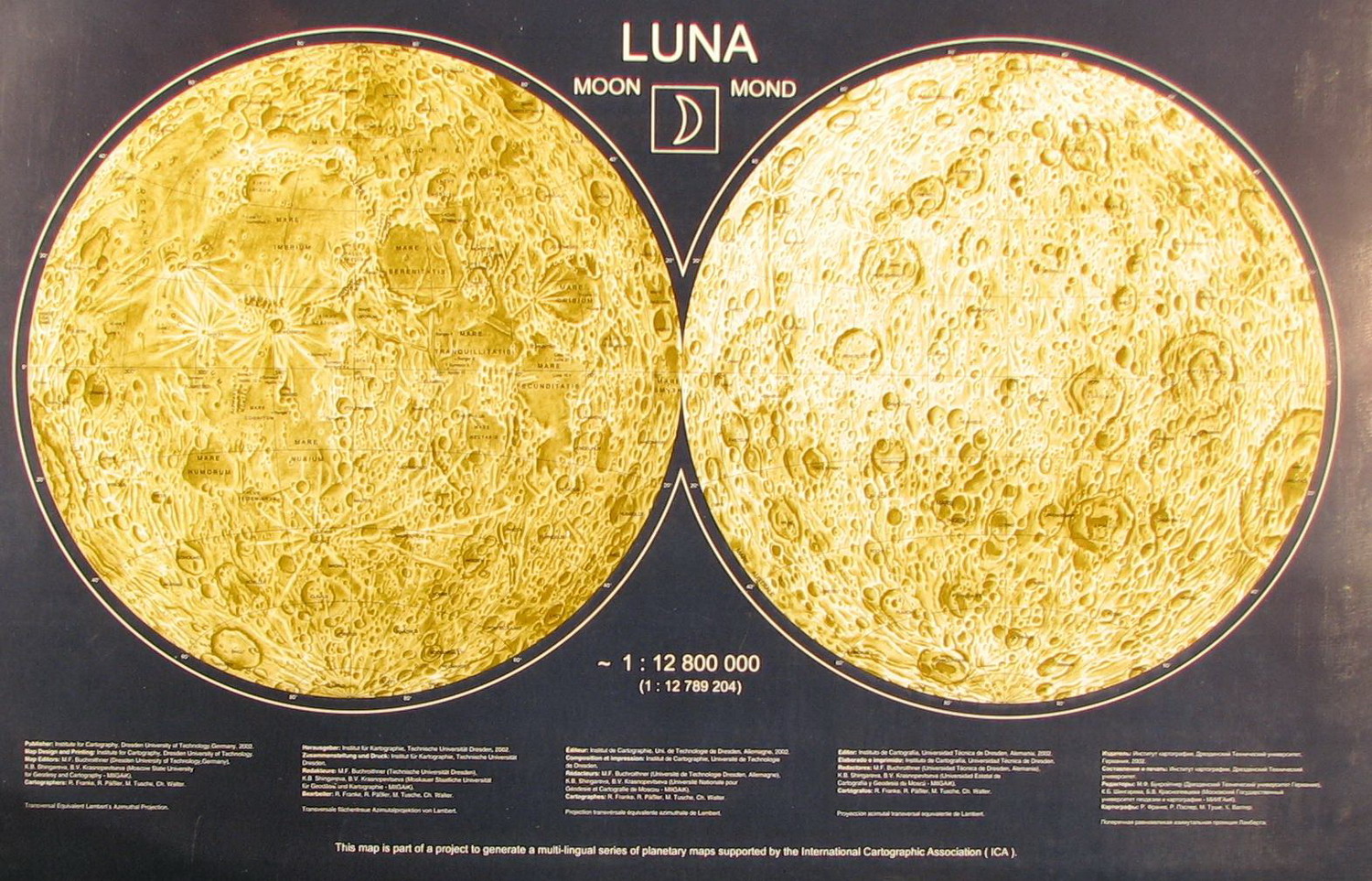 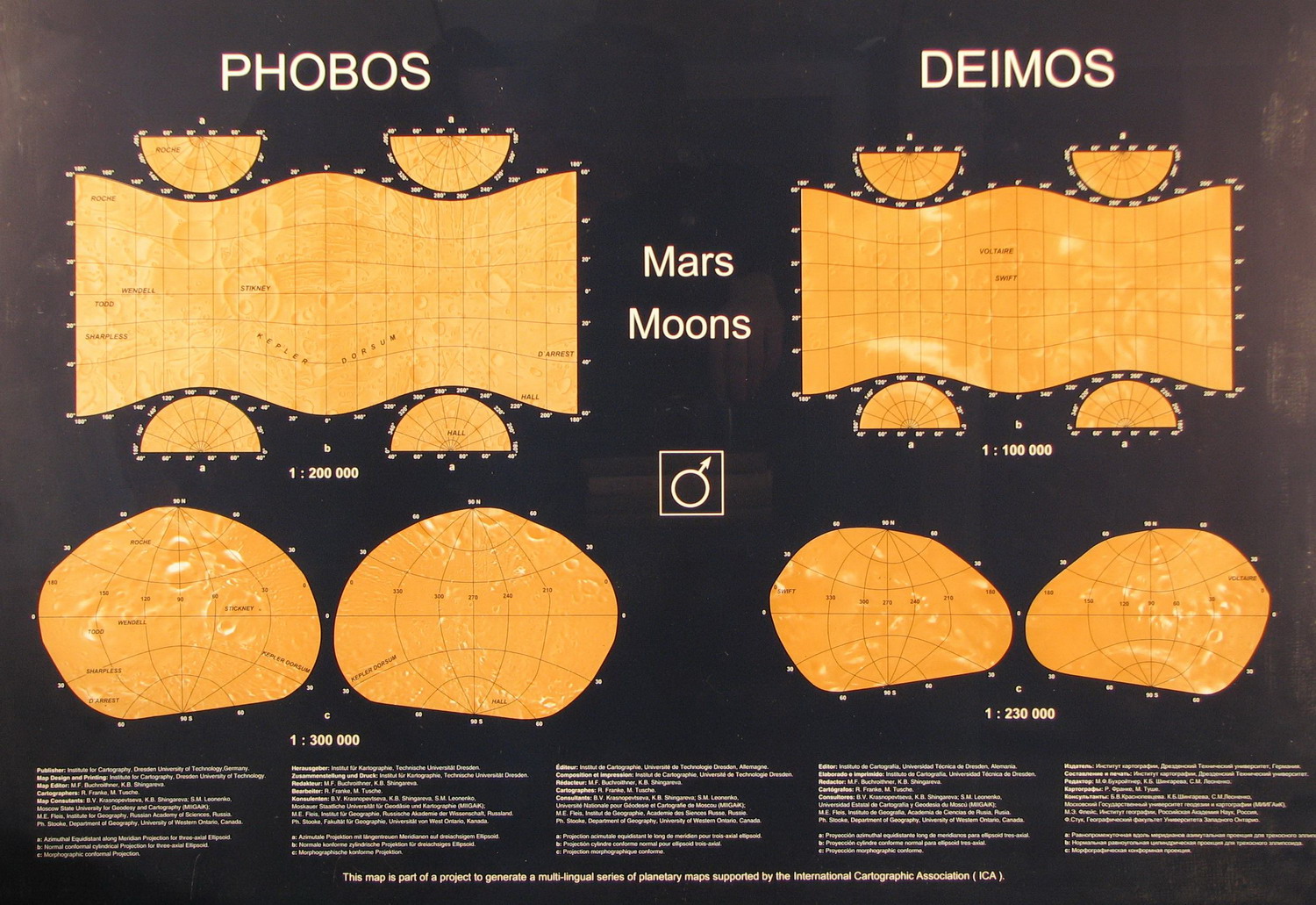